In October last year I visited a Bicester Heritage Sunday Scramble for the first time. I highly recommend a visit if you ever get the chance, it was a real treat to see a fascinating range of diverse old vehicles in such wonderful surroundings. You can see my photos here.

One car I paid particular attention to was an interesting little Connaught racer. I don't know much about them so it was great to recently receive an e-mail from the current owner who filled me in with more detail than I could have ever hoped for! 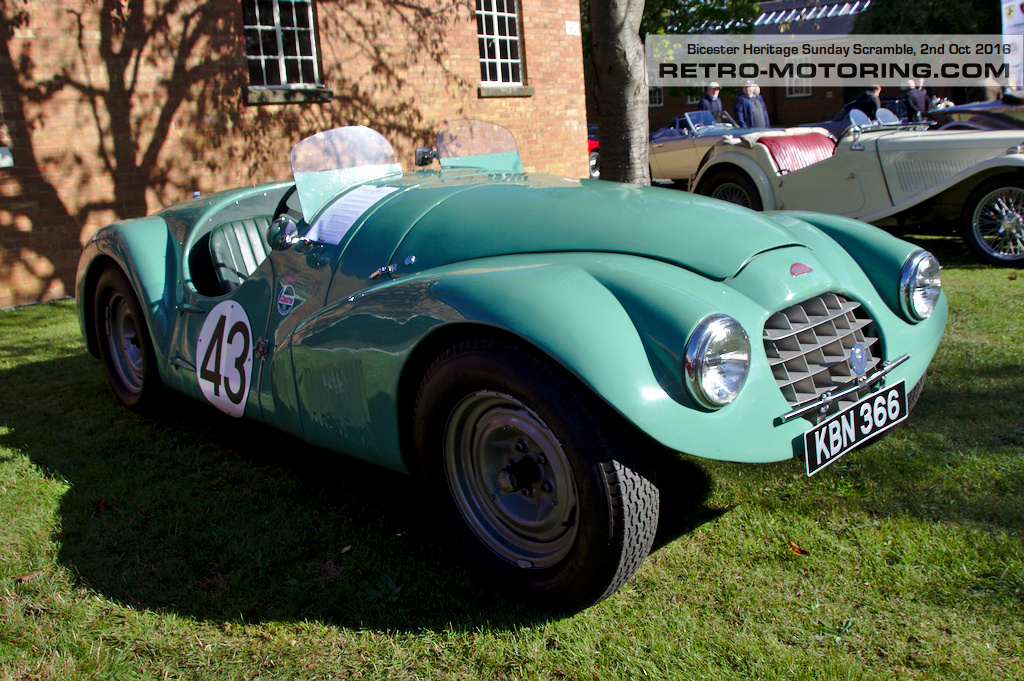 Connaught is well known for the racing cars they made in the 1950s. The L2 was the first model to be sold to the public using the Lea-Francis 1,767 cc unit. In 1949 Lea-Francis updated the suspension on its 14 hp model and Connaught, using the same chassis, updated the L2 into the L3. 14 of the L3 model sports car were made until Connaught started to solely make racing cars.

Unlike the other rather square shaped cars bodied for Connaught's by Leacraft, Connaught wanted a much more rounded, lightweight, sleeker, up to date and stylish body for this last car, and so Charles Miesel commissioned this one off aluminium body on a tubular frame from MetalCraft Ltd of Blyth Bridge, Staffordshire.

The car was originally bought from Connaught and taken to Kenya by a lady racing driver and was raced there for many years on what was known as the Langa Langa race track and at the Nakuru Motor Racing Circuit by Cliff Collinge amongst others in regular events organised by the East African Motor Sports Club.

Previous owner Jeremy Rodseth sold the Connaught in 1967 to Robin Houry and raced it at the Nakuru circuit. He eventually lost interest in the car and Rodseth offered to take it back, and so it then came back into his possession. Rodseth left Kenya for Australia in 1976 and sold his house and the Connaught to Peter Huth.

The car was rediscovered in Nairobi in the late 70's by Rollo Malcolm-Green who eventually bought it and brought KBN 366 back to the UK some years later. It eventually came into the possession of Duncan Rabagliatti via John Harper in 1986. It was later sent to TT workshops where between 1988 and 1994 the chassis was rebuilt and some work carried out on the body.

Clive Sherriff acquired the car in 1998, and finished the chassis restoration work and completed the body and trim. Since completion it has been in regular use on the road and various events such as the Prescott Hillclimb.

Repatriated to the UK from France in July 2016 the car is now owned by Robin Sherwood.

Classic Car Gift Ideas for enthusiasts of all marques!